It has been a while since I used my 3D printer. My (further down the line) goal is to prepare the arduino as best as I can in order to deploy it for 24/7/365 projects. There are several things that will have to be addressed to make it happen. However today I will just focus on the problem I came across lately. I need to install the UNO in a remote location (30-80 meters away) and I only want to have one wire going there (data + power, obviously). I could not find anything that would meet my requirements - bases and enclosures only etc. So I decided to make one...
Found this and decided that it will do as a starting point. After printing I noticed that it had three things that I did not like:

- the flap holes for the screws were to wide,
- power jack barrel soldering was introducing some pressure which meant that when trying to screw the holder to a surface it would deform a bit,
- airflow seems to be somewhat limited (maybe not an issue but my OCD was not allowing me to leave it be)

Here is what I am talking about: 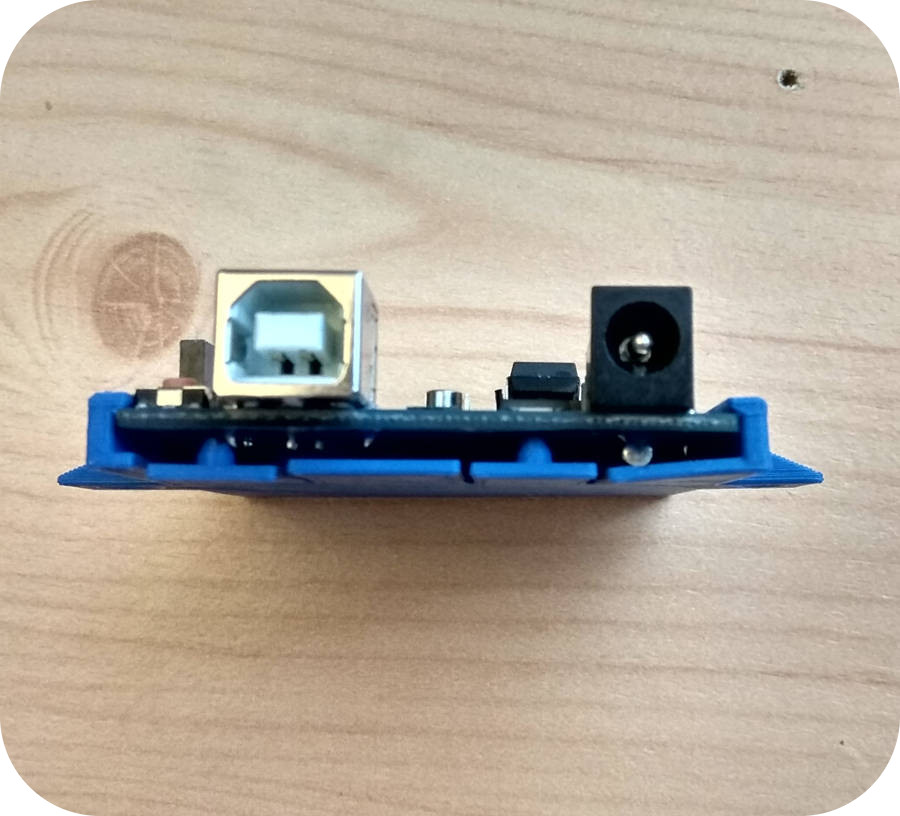 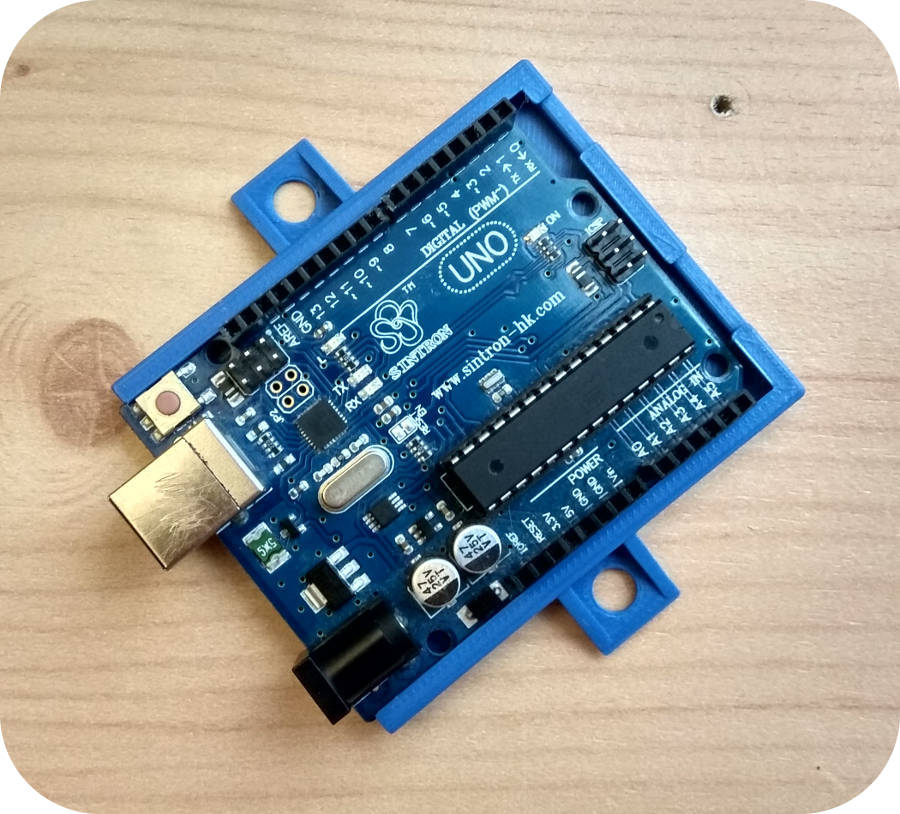 After messing around with that I have made few changes. Hulked up the flaps and cut the bit where the power jack is. Did not have a clear idea what to do with the airflow tho.... 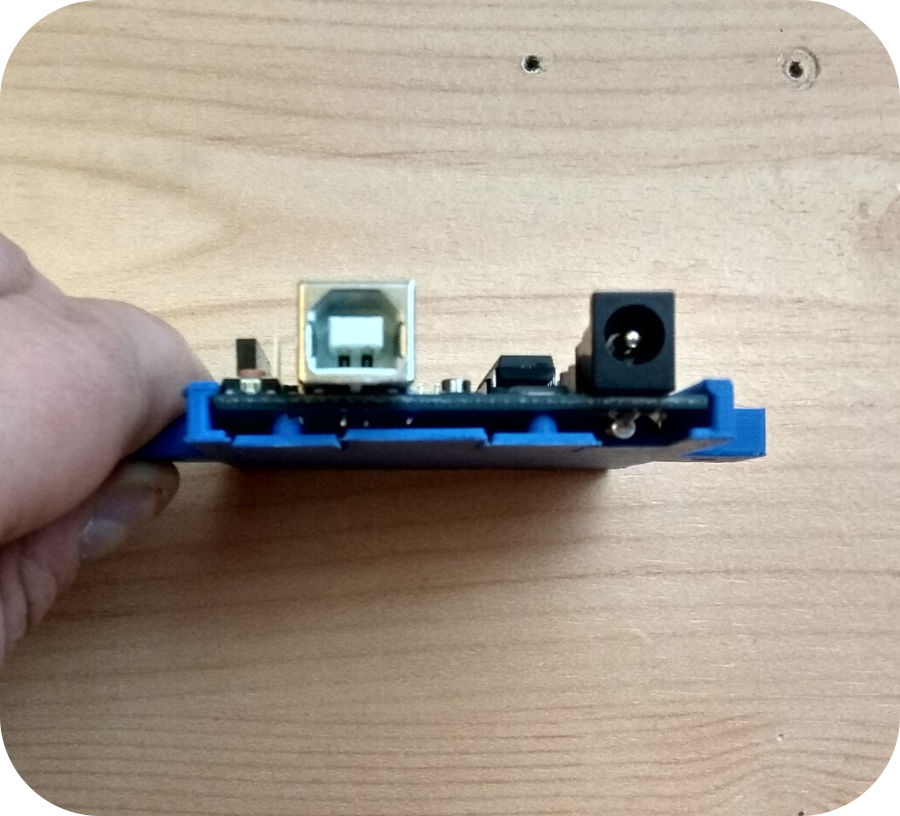 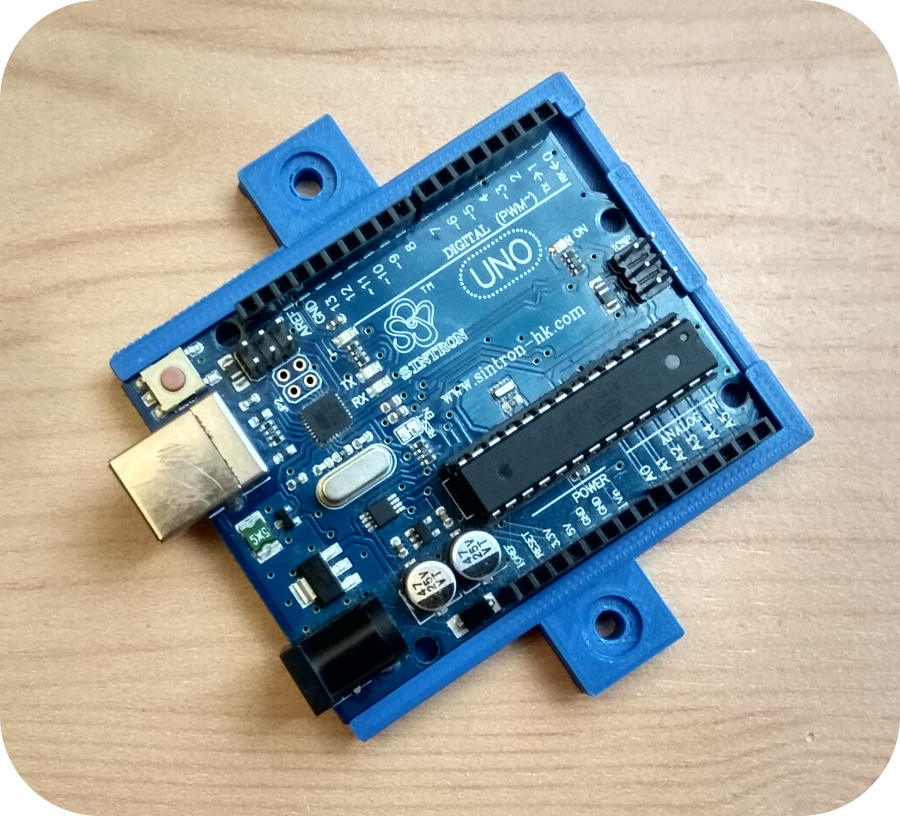 Before I figured out how to do that (the airflow thing) I had to somehow create a container for the passive POE module. My first attempt was not bad - the module was tight to insert. On my second go I have given it some slack and now it gets in like a champ: 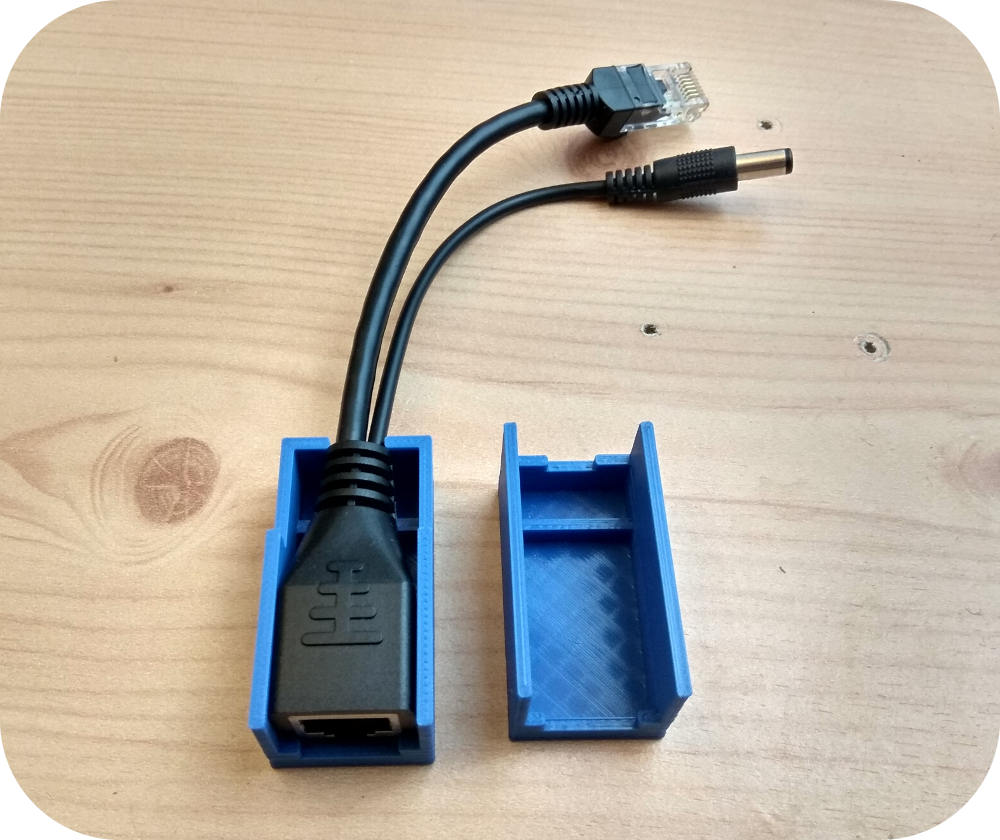 Since that worked I needed to combine it all into one seamless design so I can use it.... Here is the first go ! 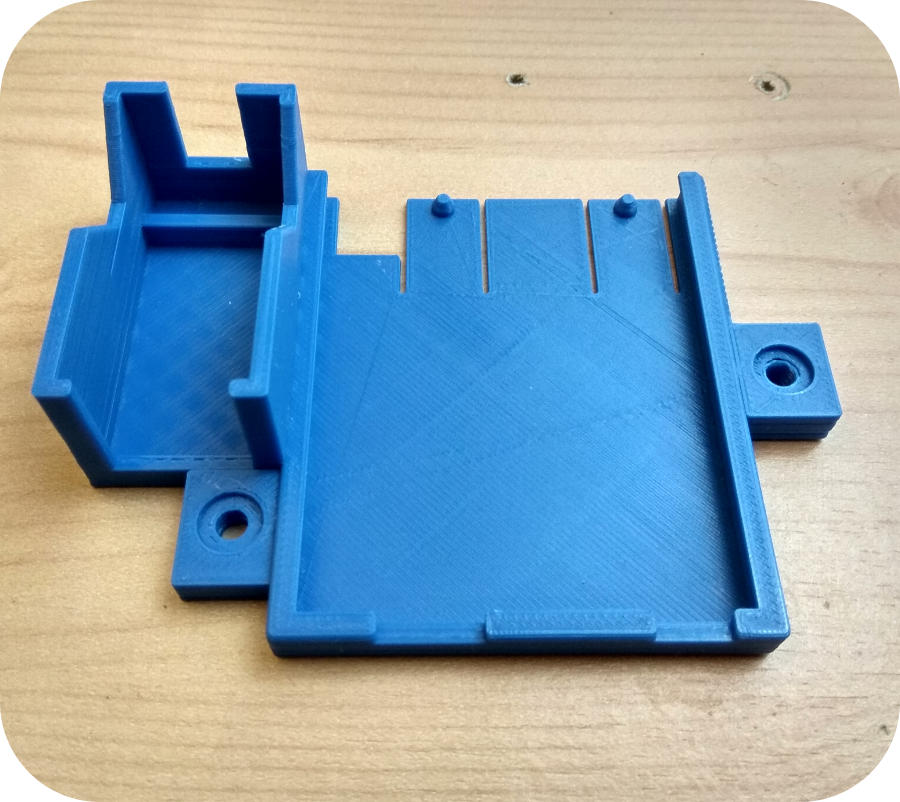 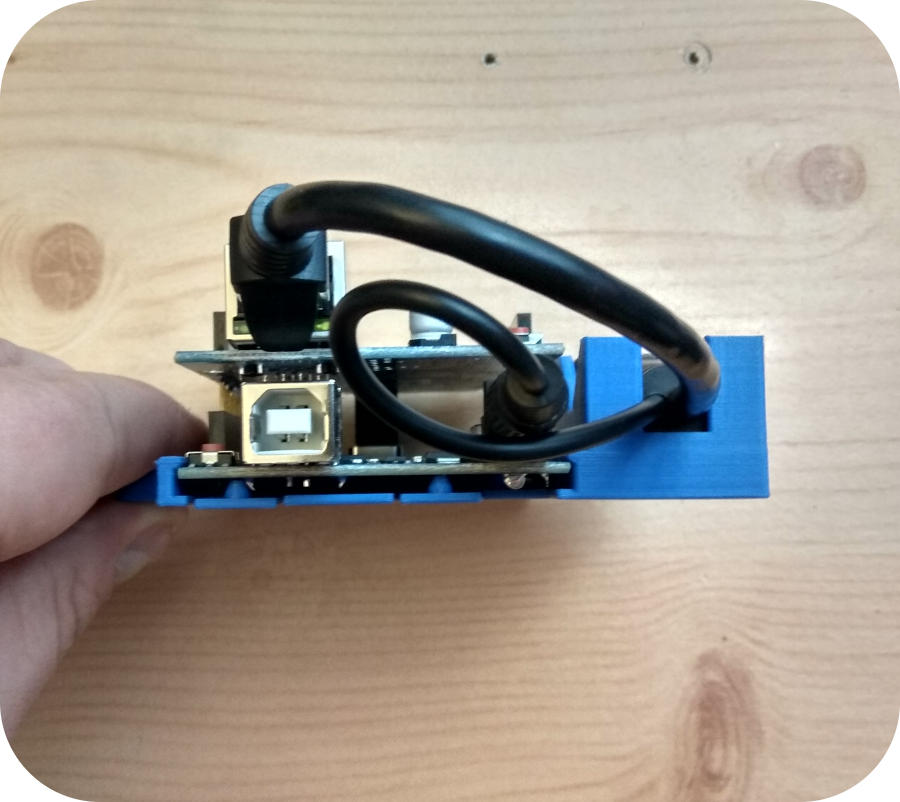 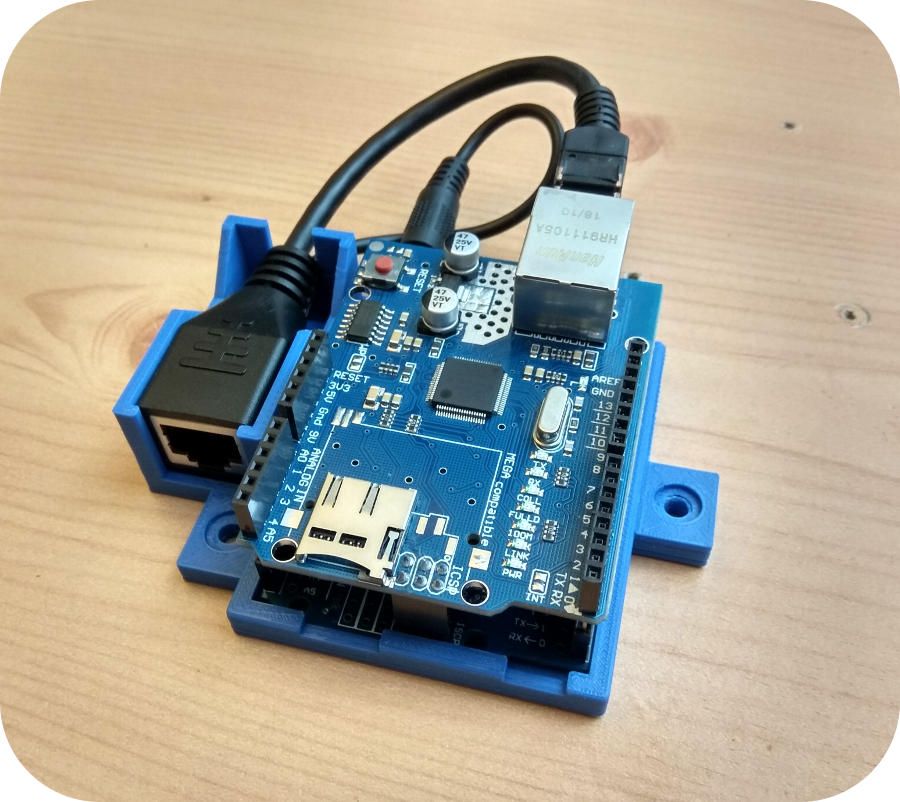 Near perfection - for someone who is getting around how to 3D design stuff that is 🙂 It does work as intended, however I had this feeling that I could make it even better. And I did (I think). Moved where the arduino sits by few millimeters, added some extra support on both sides and at the end where it parks (the board) + some extra triangular holes that will aid with the airflow hopefully... somehow... I even added this fancy support so that you can use a plastic screw with a standoff (there is a little bump that will help to park the arduino - needs a tiny touch to make it smoother - maybe will do that at some point). 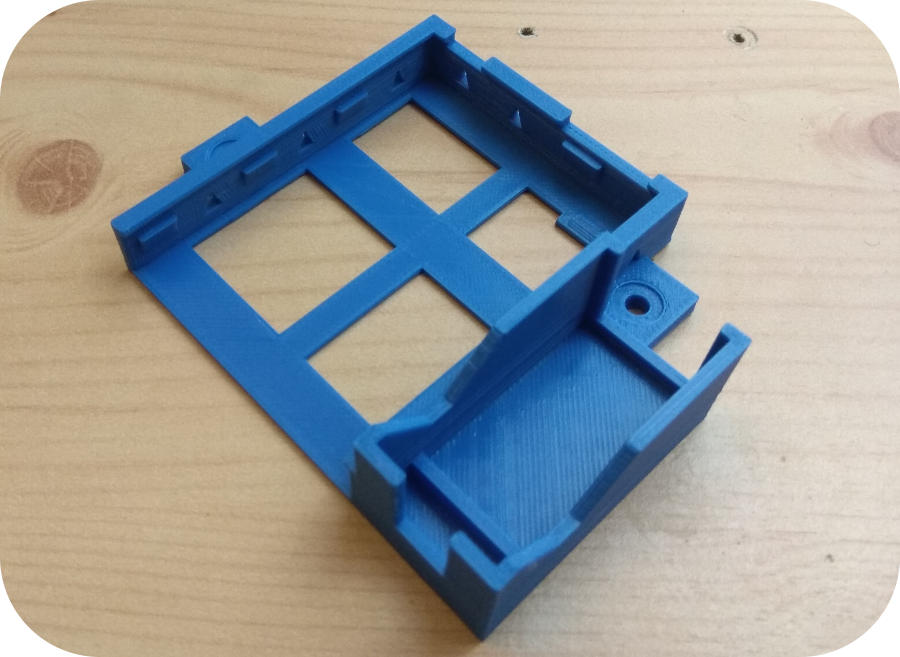 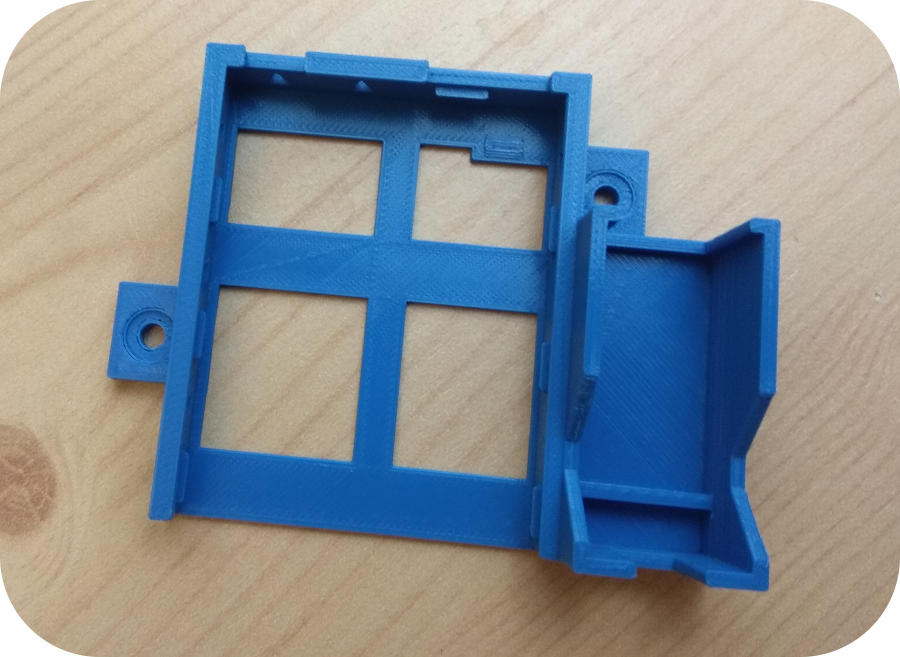 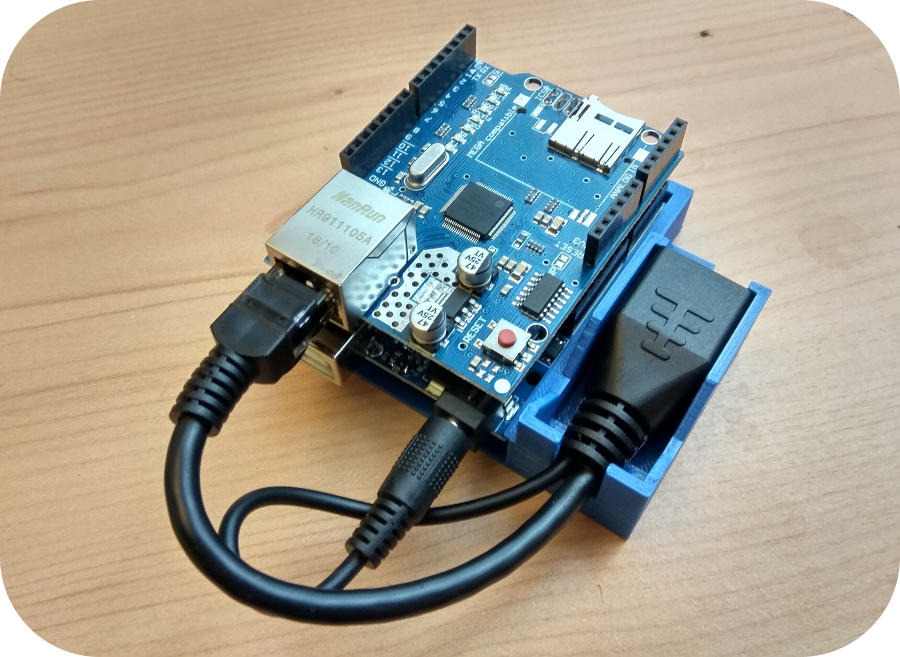 And that is all. Perfect - it allows the arduino to have enough clearance and it holds the POE module neatly. What else would I want ? You can download this design from thingiverse here. Hope this helps!